In the first half, the Shaanxi team relied on striker Yang He's world wave goal to temporarily lead Inner Mongolia Zhongyou 1-0. Since it is in the relegation group, the strategy of the game against both sides is relatively conservative. Although the two sides invested a lot of people on the offensive end, they lacked certain changes. The passing was too formulaic and the offensive routine was not concise. On the defensive end, neither of the opposing teams took the aggressive approach of intercepting the ball as soon as they lost the ball, but took the initiative to reclaim the half-court for positional defense. Therefore, the chances for both sides to score in this game are actually not many. Fortunately, as the first half of the game was about to end, Shaanxi forward Yang He used his long-range shot from outside the penalty area to help the team temporarily lead! Looking forward to the performance of the Shaanxi team in the second half! Pay attention to the columnist "See Through Football" and read the most professional analysis articles of the Shaanxi team! 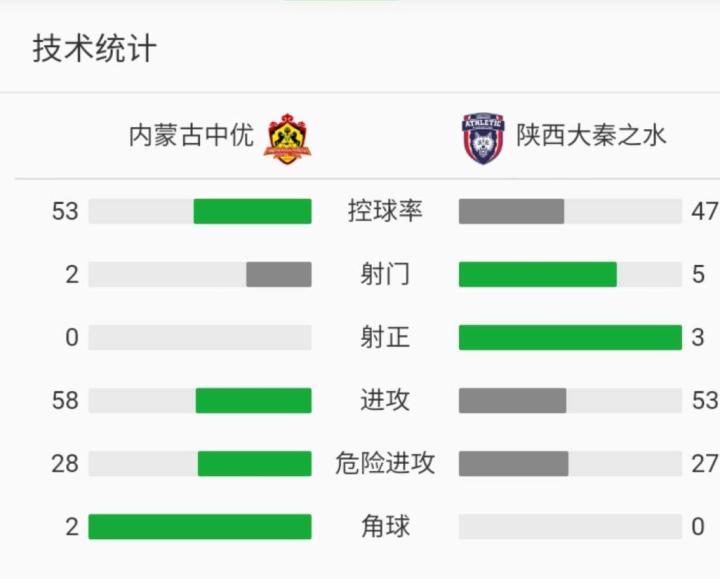