Wolves is one of the few clubs in the Premier League and even in the world that has its own museum. There are many precious collections of Wolves in history. Today I will introduce you to a payroll in Wolves’ history: 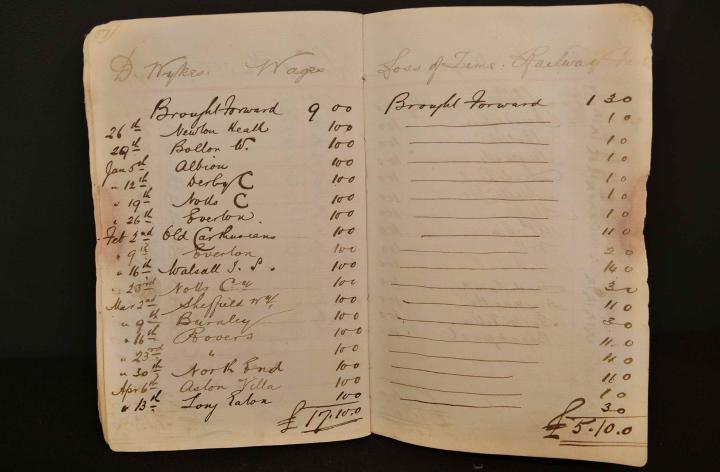 This payroll records the wages of Wolves players in the early days of the English League-from the 1880s to the 1990s. At that time, there were both professional and amateur players in the team. Many people had other jobs. Only those who played games were paid. This book is to record which players play in each game and how much should they be paid. .

For example, David Wykes, who scored the first league goal for the Wolves, would get 10 shillings (approximately 50 pence) every time he played at that time, and the notebook showed that he earned a total of one season 17.1 pounds.

This book also records Wicks’ opponents and dates for each game. The first opponent in the picture, Newton Heath, is now the famous Manchester United.